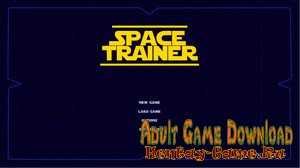 Info: Space Trainer tells a new Infinities style story asking what would happen if Luke Skywalker died on Bespin. We start by pulling our new Slave from a Bacta Tank and work towards an ultimate goal of defeating the Emperor aboard the second Death Star.​

v0.1.1
- Added a more cinematic opening for the game, much more in line with what you would expect from a Star Wars movie.
- Included a much nicer User Interface and created imagemaps to replace a few of the larger menu trees.
- Introduced a mechanism to skip the introductory wager against Arica. Doing so will prevent you from obtaining her on the first playthrough, but also unlocks the ability to gain her automatically on further playthroughs.
-Added one piece of background art and several CG scenes. With this comes a gallery that allows you to revisit these scenes after viewing them. This is an ongoing project.
- Removed the ability to sleep via the training screen, in order to avoid a major bug that prevented you from saving your progress in the game.