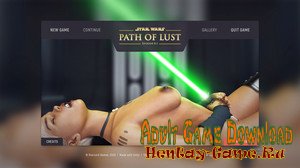 Info: In a far, far away galaxy is restless. In the midst of the Clone Wars, the battles between the Republic and the Separatists are fiercer.
The Galactic Senate is concerned about the growing number of rumors spread from the edges of the galaxy. A mysterious group of mercenaries kidnaps young women of various races, after which they are sold into sexual slavery to the separatists, gangsters and Hutt clans.
In order to sort out the situation and put an end to arbitrariness, the Jedi Council sends in the wake of the mercenaries the jedi knight, Kara Silero, a master of reincarnation and a subtle connoisseur of temptation and sensual pleasures.​