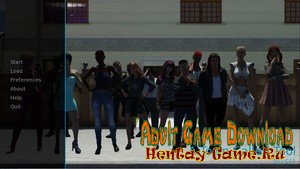 Info: "A magical journey that leads people to give into there desires and question their trust of others, while an unseen shadow threatens their future."
Simon Butterfield is finding life at home extremely tough, as his father has remarried and his new wife and daughter love to bully him every chance they get, which is a lot due to the fact his father is a travelling photographer and is rarely around, as he has many financial investments in a variety of companies.
Simon is convinced Brenda Taylor only married his father due to him being rich, which is all thanks to his grandfathers fortune he inherited. This is why he thinks Brenda and her daughter Tiffany give him such a hard time because they know that he suspects the real reason Brenda married his father. Brenda takes any chance she can to ground him, which is embarrassing considering Simon is passed the age of being grounded, but Brenda controls his weekly allowance, which Simon can´t access his trust fund till he is 25.
Brenda´s daughter is just as bad, although it is weird Tiffany Daneford has a different surname. Simon turns to his friend Jimmy for help but little does Simon realise that he has more friends than he knows.
In the town called Tool, not everything is as simple as it appears, as Simon will find there is more to the world than he ever thought was magically possible.

Change Log Chapter 3:
143 new images
16 new scenes
25 pages from screenplay added
2 new sex scenes
Chapter 3 description
Simon fully believes the magic book is the best thing to ever happen to him, but he must be sure the spells are working first. While Simon does this, Emma seeks help from her friend on coming up with a plan as she worries about what Brenda has planned. As paths entwine in a Town called Tool, our characters introduce new characters, and one gets a shocking surprise.