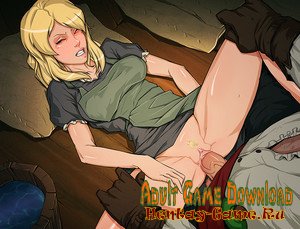 [center]
Info: CLAIRE'S QUEST is a dark fantasy game set in a world reminiscent of the early Renaissance, and made using RPGMaker MV. However, unlike the majority of RPGMaker games out there, the game is totally devoid of combat. Instead, gameplay revolves around dialogue, decision-making, and occasional puzzle-solving, with a heavy emphasis on the story and on replay value.
You, the player, take the role of Claire, a desperate refugee fleeing an invasion of her homeland that has taken everything away from her. Thrust into a world without innocence, where the very worst of humanity and all its societal evils are on full display, Claire seems doomed to meet with a dark fate... Will you fight to prove otherwise, or make her succumb to her basest desires?
With your choices, you'll decide.

v0.18.4
* “Lights Out”, the mercenary quest following “Something’s Fishy…” is now available. This quest is initiated by talking to Belisaros after resolving the kraken and getting the mercenary armour.
* New areas introduced: Corsair’s Coast, and the Lookout, both related to the mercenaries; additionally, all of Dargan Town has been brought back to the game.
* “By Blood & Sweat Both”, the first Shieldmaiden quest, now available.
* “Tribute to Fertility”, a submissive Sister of Fertility quest with Rose in the bathhouse, now available – with a nifty gangbang scene to boot!
* The mercenary double-penetration and ambush scene is now available. This is scene can be skipped entirely during the “Blood & Sweat Both” quest depending on your choices. During the scene itself, if Defiance