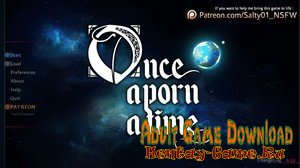 Info: A Trainer game in a FairyTale World.
You end up on an abandoned planet and deliver a fairy in a jar (?) Does magic exist? No, but what you' re about to get is even better than that! Sex, I'm talking about sex. Sex with princesses... and other things.​

v0.28.1
This new update includes several things. First, as you could see on the thumbnail, new scenes!
One... which I won't spoil, and one with Snow White, at the beginning of the game.
And speaking of the beginning of the game, this update brings a lot of changes to the first part of the game (The part before the first strip of Snow White)
This part of the game needed some freshening up, it was long and a lot of new players got lost in it.
So I shortened some useless things and added a small scene.
This new Snow White scene is available in the gallery if your save game is already advanced and you have already passed it.
The other new scene is a scene placed at the end of the current game ( So, for advanced players. )