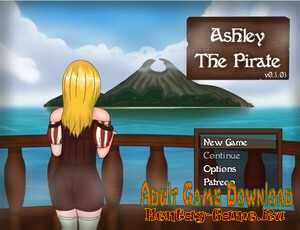 Info: This game has a pirate theme, and the plot is about a princess who ends up suffering a "shipwreck" and ends up in a village, she is in search of her father, and will do anything to find him, even become a pirate!​