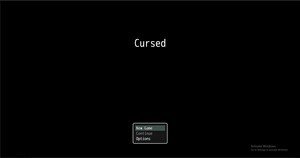 Info: Settled in a middle-aged environment, a broken adventurer returns to his home town and turns into a barmaid, then is cursed by a succubus.​

What's New in 0.15.2:
- Night & day system. To change the game to night either rest in Thea's bed, do an event, or work. To change it back to day go to sleep in Thea's bed.
- Theo's first scene. Visit him in his room at night.
- Alcander's first scene. Visit him in his room at night.
- Alcander's second scene. Visit him in the tavern during the day and choose to work with him.
- Vadik's first scene. Visit him at his store and choose to work with him.
- Normal work at Vadik's shop.
- Normal work at the tavern.
- Thea's corruption and relationship stats. Use Thea's diary key item to see them.
- The tileset settings improvements and extra NPCs from the previous pubilc release.
Report any bugs below and I'll get to them either later today or early tomorrow.
*******
I wanted to include the 'trade sexual energy points for magic' system but you have to do all the formulas for spells and skills yourself in MV, which I suck at, so I put off doing it for now. There's also currently no way to earn sexual energy, so I figured why rush it. I'll continue to tinker with it and include it once there's an actual in-game purpose for it.
Alcander's scenes are slower than the other two included characters'. He's not a perverted predator like Vadik nor a horny teen like Theo, so I thought it should take longer for him to try anything with Thea or even admit he's attracted to her. It also explores a DxD relationship, which is a new dynamic for me, so I'm interested in exploring it a bit more in-depth than the other stuff.
I'm not sure what I'll do for the next update. Right now I'm leaning towards starting the swamp map and doing Hadley's first event so that he can join you as a party member for it.
******
Alright, so onto the other big thing I mentioned in the title.
I've been getting a lot of messages that people aren't interested in Cursed. Some don't like having a female protagonist while others don't like it being a more standard RPG. Unfortunately, Cursed is a project I want to continue working on.
That said, however, I'm incredibly appreciative of everyone's support over the last few years so I'm willing to compromise. That compromise being: a new side project.
It'll be a smaller game and also a simpler one. Think SWAK without the stats. You'll play through a section of the plot like a visual novel then once that section of story ends you'll be able to do various repeatable actions until you begin the next new section of story, which will then unlock new repeatable actions. Another way to think of it is as a interactive Y3DF comic.
I've narrowed my ideas for the first game down to two concepts. I'll hold a poll for it in the middle of the month, though I have a feeling I know which will win.