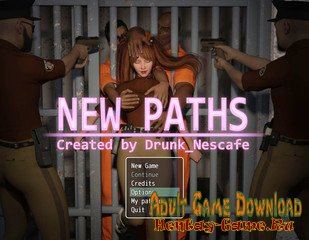 Info: You are a young girl (18 years old).
Player choice of name, and game play. There is three ways to play submissive, dominate and something in between. Multiple choice as you played.
The female protagonist was born in 1989 and the story start in the year 2004. (18 years old) lives in the Northern part of kaznia in a small Mountain Village. with her family. Mother and father and 18 years old adopted brother.
We follow the female protagonist and her choice to move away from the Mountain Village to the capital. She at this point has a job as a waitress/bartender at the local bar. Where the male customers not always are the nicest.
Appearance
Red Brown hair. Green eyes. Freckles. Bodily figure with dd cup breast. Short in high. Have a childish Appearance with her hair in two ponytails to each side. Is often seen with a lollipop in her mouth. Since it's a warm country the protagonist is often using dresses and skirts
Mentality
As she is grown up with a mentality that male have is the strongest gender.
Is used to use her body to tease and play with males to get her will. And use her innocent to play with or get her will.
Since she works as a waitress/bartender she is used to customers groping and talk about her body in front of her. Sometimes she fights back other times she surrenders to the harassment. As the story continue, she can develop an Exhibitionist side as a treat. Since she sometimes loves to show her body at her premises. She lost her virginity to the local high school football team captain.

Version 0.12 Changelog:
As many of you knows I have had some extreme bugs with New paths for the last couples of weeks. And that’s why I need a public beta tester group. There isn’t any new content in 0.12 (adult scenes) from 0.11. I’m holding that back until the beta is finished.
Bug fixes.
· This update should fix “Missing face image” in dialog.
· Uncaught TypeError: “Cannot read property “width” of null”
· Ram issue (using 100 % of ram)
· Game frees when entering different maps.
· “C button” showing wrong menu (Esc menu)
· Character start to move after the scene have ended.
· Some of the MAC problems.
New content.
· Food make system. The player can now make food to herself. It will be a little box next to the player sleeping room where there will be a cooking book for dose that have an old save. The player can now make every food type in game. (This will change later in game) and I will add a cooking time for every dish (action with the cooking) later on. And prices for the cooking ingrediency need to be balance with time.
There will be some images that have the “New blue dress” so don’t report dose.