Living with a Nympho – [InProgress Full Game with Cheats] (Uncen) 2018 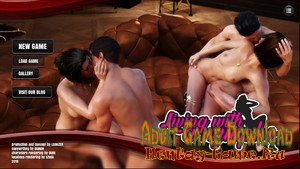 Info: Francis – once a real estate agent, now a young hotshot lawyer with the world on a string and a wad of cash in his pocket who’d never felt the need to slow down in life. He spent his money like water, the same way he did when he was in college, and every night was a party to him.
One night he met an extraordinary girl in a club – her name was Jazz. Within minutes, she dragged him to the women’s bathroom, locked the door and practically impaled herself onto Francis’ cock. No foreplay, no introductions and no rubbers, just raw and passionate sex right there on the marble of the ladies’ room.
The next few weeks, they fucked like rabbits. She wasn’t interested in his personal life, his hobbies and the things all romantic couples talk about. Francis, in turn, never asked about her life, family, boyfriends or girlfriends. Not even what she did for a living.
But reality crept back into their lives three weeks later in the form of Jazz getting arrested while they were at the club. He found out she had a warrant for failure to appear on an assault charge on an officer in the very club they met in.
Francis took pity on her and took her as a client, explaining he was a lawyer and was willing to help her. But because of her FTA, the District Attorney was considering having Jazz expelled from her school and possibly make her face some jail time.
Francis worked overtime, even meeting with her school’s principal, Miss Rose, to try to work out a deal of any kind. Although Miss Rose was hard on Jazz for lapsing after almost two years of effort, after much pleading and a box full of tissues later, she agreed to help her.
So Francis has only 30 days to help Jazz before her hearing. Will he be able to guide her to the path of good or… will he awaken the beast sleeping deep inside her? It’s up to you!